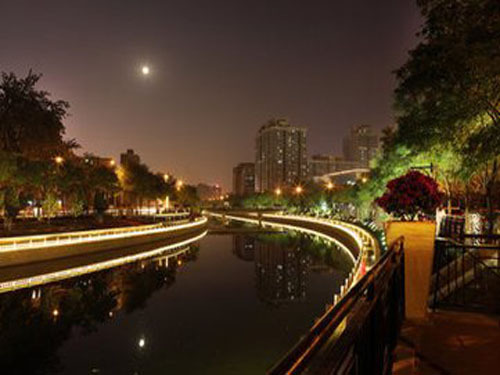 A historical and cultural corridor that carries historic sites of Beijing's ancient capital and seeks roots in Beijing. It has a total length of approximately 9.3 kilometers, approximately 30 hectares of green space on both banks, 26.2 kilometers of slow walking trails and 8.5 kilometers of cycling routes, and a newly built Jinzhongdu Park. The first waterfront greenway was formally completed and put into use on September 28 this year.

In the autumn, the warm sun shines on the newly built Jinzhongdu Park. The breeze blows the water on the surface. The green willow on the shore is also swaying with the wind. As the core scenic spot of the entire Yingcheng waterfront greenway, it enters Jinzhongdu Park. Surrounding green plants, pavilions, walkways and other facilities are available, so that people who are unknowingly relaxed their feelings and integrated into the bosom of nature. This is another good place for the citizens of Jinqiu.

The director of the Xicheng District Landscaping Bureau said that the entire greenway project has a total length of about 9.3 kilometers and a total construction area of â€‹â€‹about 290,000 square meters, including a raft in the north and a white paper bridge in the south, with a total length of 4.2 kilometers. The first-phase construction project with a total construction area of â€‹â€‹136,000 square meters was fully completed at the end of September last year and was officially opened to the public. The second phase was from Baizhifang Bridge in the north to Yongding Gate in the east, with a total length of approximately 5 kilometers and a construction area of â€‹â€‹approximately 15 10,000 square meters, along the route Fengxuan Park, Grand View Garden, Taoranting Park, Xiannongtan, Yongdingmen and other historical sites and cultural landscape.

â€œBefore the construction of the greenway, we specially invited representatives of residents around the greenway to hold discussions, solicit the opinions of the districtâ€™s representatives and members of the Chinese People's Political Consultative Conference, visit community residents and tourists, listen extensively to the views of all parties in the society, carefully analyze and consummate the plan.â€ According to Happy Spring, â€œIn the construction of the whole greenery, we are guided by the principle of â€œenhancing quality, displaying history, being close to the people, and serving people's livelihoodâ€, focusing on building garden landscapes, excavating history and culture, planning of slow-moving systems, and supporting service facilities. Starting from several aspects, through careful planning and meticulous construction, the people can really feel the changes around them."

Create a beautiful landscape to improve the quality of the environment

â€œToday, on the way to Tianning Temple, after passing through the waterfront greenway of the Jiancheng Metropolitan City of Beijing, look inside. The building here is really good. There are flowers and green areas everywhere. Everywhere is the nearby residents who admire flowers. There are old people. A family with children playing, family and family. After leisure, stroll around the Jiandu waterfront greenway in the Yingcheng Town of Beijing. Surrounded by forest trees and flowing water, the scenery along the coast is pleasing and enchanting.â€ The residents of Uncle Li said.

A total of 34 new landscape platforms have been built for the entire waterfront greenway project, which facilitates the public's close viewing of the riverbank landscape and broadens the visitor's rest and stay space. The greenway construction, on the basis of retaining the existing large trees, newly planted more than 7,000 trees and shrubs, more than 60,000 trees and 77,000 square meters of flowers. In terms of civil engineering, paving all kinds of square roads amounted to 139,000 square meters, and nearly 17,000 meters of extension rails were installed.

With regard to tapping potential in green areas, through the transformation of pedestrian walkways and the addition of viewing platforms, more than 20,000 square meters of green space has been added. At the same time as the construction of greenways, beautiful projects with the theme of â€œwater pearls and blooming brillianceâ€ were also completed during the same period. More than 40,000 lamps and lanterns of various types were installed. While satisfying functional lighting, beautiful night scenes were also presented to form â€œ "Green continuous line, constant chain" landscape of the waterfront greenway.

The Beijing Yingcheng Jiandu Waterfront Greenway serves the protection and utilization of historical and cultural resources in the Xicheng District and the principles of Beijing's park system. It excavated the historical culture on both sides of the river, taking the Yihe River, the Two Roads, and the Ten Views as the entire â€œgreenâ€. The â€œDaoâ€ landscape architecture uses gardening techniques to organically connect many important historical and cultural monuments along the waterfront via the waterfront greenways, such as the Baiyun Temple, Yucheng Memorial Column, Jiandu Memorial Temple, Jinzhongdu Site, and Xiannongtan. Together, the "Green Road" has become a historical and cultural corridor that carries historic sites of Beijing's ancient capital and seeks roots in Beijing, allowing citizens to experience the history and culture of the capital city of Xicheng City while exploring the greenway, and to experience Beijing's more than 3,000-year history.

Jinzhongdu Park is the core scenic spot of the entire Jiancheng waterfront greenway. It covers an area of â€‹â€‹about 5 hectares and is located at the northeast corner of Caihuying Bridge. The junction of the West Moat and the South Moat is about 700 meters long from north to south. The widest point is about 120 meters. The location of Jinzhongdu Park is between the imperial city south gate on the central axis of Jinzhong Capital and the Xuanyang Gate site. It is most suitable because of its special location and cultural uniqueness. The place that reflects the history of Jinzhong Capital. Before the completion of Jinzhongdu Park, Beijing only has parks that reflect the history of the Yuan, Ming and Qing dynasties. However, in the absence of parks where Jinzhong Capital is built, the construction of Jinzhongdu Park will make up for this deficiency and make Beijing City form a complete reflection. Both are historical park systems.

At the beginning of the park's design, it fully considered the narrow and long features of the park from the north to the south. In line with the principle of using and protecting the original plant resources and landforms, the height of the park is low, and the natural and orderly opening and closing changes are formed with Green space. Two different tour routes are formed along the green valley and the waterfront landscape respectively, forming the park ring line, arranging different cultural spaces with different features and sizes along the route, moving in a different way and infiltrating each other, as if swimming in the long river of history and culture. It attracts people to stop and enjoy leisure and fitness.

The park features the architectural style of Jin Dynasty. It embodies the â€œTang Feng Song Systemâ€ construction program. From the south to the north, there are five scenic spots of Chengtai, Yingcheng Capital, Nomad Nomad, Main Entrance Square, and Xuanyang Station. The vivid, internal and external methods combine to create a rich cultural atmosphere, making the park an urban waterfront open space that inherits historical context, is close to natural ecology and meets the public's leisure. The completion of Jinzhongdu Park has enabled Beijing to form a park system that reflects the history of the capital city in 860 years.

Greenway construction has provided a good environmental carrier for slowing down the rhythm of urban life and advocating the concept of green travel. It is the first city in Beijing to introduce a greenway slow system. It is also the highlight of this greenway construction.

Through the 26.2km slow walking trail and 8.5km bike cycling route planned along the river, 4 new leisure stations have been built at the same time, organically integrating the slow system with the construction of the â€œgreenwayâ€ to give full play to the â€œgreenwayâ€. At the same time as the ecological landscape function, it will create a beautiful leisurely and healthy greening and slow space, allowing the public to experience the comfort and comfort brought by the slow-paced life.

Beijing Yingcheng Jiandu Waterfront Greenery aims to create a healthy green road that integrates recreation, fitness, and tourism. It has 34 new viewing platforms, 1 Jinzhongdu Museum, 3 remodeled bathrooms, and another viewing platform. There are 74 wifi access points set up in and around the river park to facilitate visitors to access the Internet and realize information services. At the same time, a broadcast system has been added to the monitoring facilities. Play announcements and light music at ordinary times to create a relaxed and harmonious atmosphere.

According to Happy Spring, â€œThe most important thing for these facilities is that it greatly facilitates visitors and improves the leisure environment and leisure ways of more than 300,000 residents in 7 streets along the Green Roadâ€. Many important cultural and historic sites along the coast are linked together organically by the waterfront greenways to create a waterfront landscape that shows the new urban appearance of Xicheng District and urban leisure belts serving the people, making the â€œgreen roadâ€ a bearer. The history of Beijingâ€™s ancient capital and the search for historical and cultural corridors in Beijing allow citizens to experience the history and culture of the capital city of Xicheng City while exploring the greenway, and to experience Beijingâ€™s 3,000-year history. Become a new city card in Xicheng District.

Baiyunguan, Tianning Temple, Xiannongtan and many other historical sites, as well as Daguanyuan, Taoranting and other cultural landscapes, are rich in historical and cultural heritage. Construction of the Jiandu Urban Waterfront Greenway in Beijingâ€™s Yingcheng City, which will bring together many of the cityâ€™s important historical and cultural monuments along the coast to create a green and slow space for leisure and fitness; and maximize the recreational, landscape, and ecological functions of the Waterside Peridot. Reproduce the beautiful scene of â€œClear water around the city and sailboatsâ€ and show the history and culture of the capital city of Beijingâ€™s Yingcheng City to the world. Let everyone know that Beijing is starting from here. 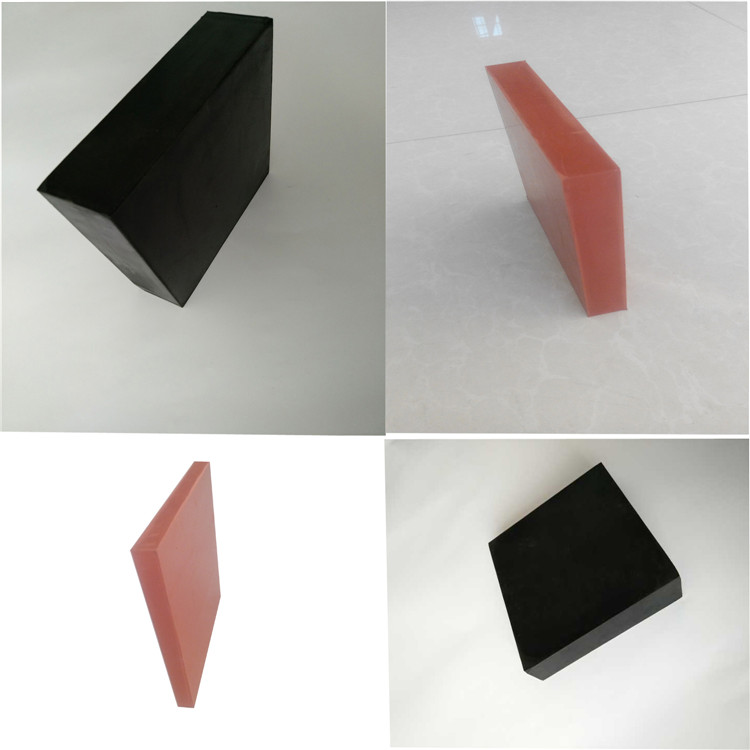